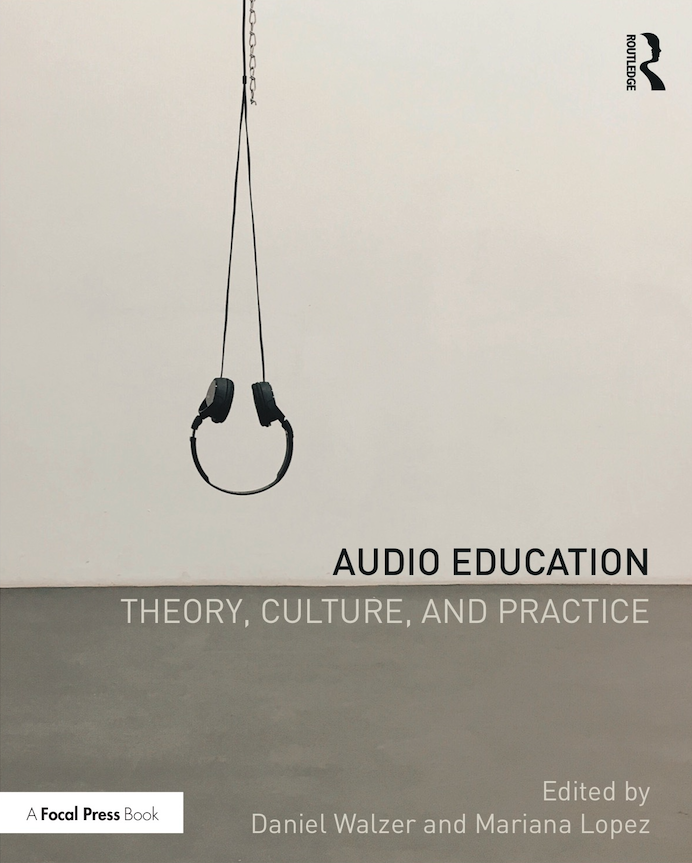 Bassett's experience in academic leadership in the Higher Education sector includes roles as the Project Manager of Curriculum Development for the SAE Institute in the USA, Academic Coordinator and Senior Lecturer at the SAE Institutes in Sydney, Dubai, and Byron Bay, and Head of Audio Engineering for the two largest creative media institutes in Australia.

He holds a PhD in psychoacoustics and a Master's Degree in Design Science (Audio & Acoustics)(Honours) from the University of Sydney's Spatial Audio and Acoustics Lab, and a Graduate Certificate in Tertiary Teaching (Curtin). His research in technical ear training, critical listening, and audio engineering education technologies has been published and presented internationally.

Bassett recently contributed a chapter to Audio Education: Theory, Culture, and Practice (2021) - "a groundbreaking volume of 16 chapters exploring the historical perspectives, methodologies, and theoretical underpinnings that shape audio in educational settings" and the first ever dedicated text on audio engineering education. His interview led off the Navitas Learning and Teaching (C&I) Podcasts Series One: Transformation in Tertiary Education, where he discussed the creation of virtual consoles within the Max software environment, and the implications of digital tools for learning and teaching in SAE globally.

In October 2020 he launched the SAE Audient ASP4816 Simulator, which provides SAE students with remote access to a fully-functional photorealistic simulation of the Audient ASP4816 console.

Bassett began teaching audio engineering and sound production in Sydney in 2006. Below is a list of classes that he has developed and delivered throughout the years.

Bassett was an integral part of the Turtlerock Mastering team for over eight years, initially working as a second engineer alongside some of Australia's most respected engineers and producers, he was invited by Rick O'Neil to join Turtlerock in 2004 whilst still studying audio engineering. At Turtlerock, he worked on many of Australia's highest-selling albums including John Butler Trio's - Grand National [vinyl] (Triple Platinum, 2 x ARIA awards), and The Whitlams' - Little Cloud (Gold, ARIA nominated). He has mastered tracks for You Am I, Nick Oliveri (Queens of the Stone Age) - Death Acoustic, Josh Pyke, Children Collide and Youth Group. Bassett also worked with Rick O'Neil on the restoration and re-release of The Sunnyboys substantial back-catalogue. He served as the moderator of the Turtlerock Forum from 2004-2016. 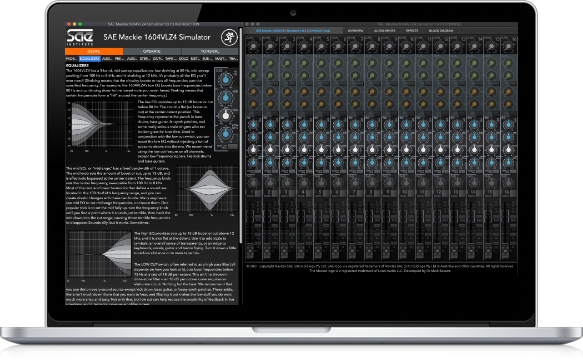 Ensuring students have access to specialist facilities is a significant challenge faced by many education providers, as COVID-related restrictions limit and in many cases prevent students from accessing campus-based facilities such as audio consoles. To help address this challenge, SAE has launched the SAE Audient ASP4816 Simulator, which provides SAE students with remote access to a fully-functional photorealistic simulation of the Audient ASP4816 console (of which SAE has 30+ deployed globally).

The MacOS-based software was designed and developed by Dr Mark Bassett principally as a learning / teaching tool to allow students to learn the signal flow of the ASP4816 and practice using the console while off-campus. The photorealistic simulation features identical controls, routing, and (non-modelled) audio signal processing to the physical console, in addition to interactive tutorials and custom console scenarios. 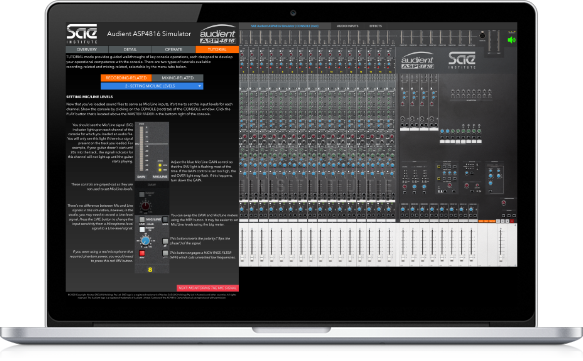 SAE Parametric Equaliser Training is an OSX-based technical ear training application designed to teach users to identify the centre frequency of a parametric equaliser applied to any imported audio files. 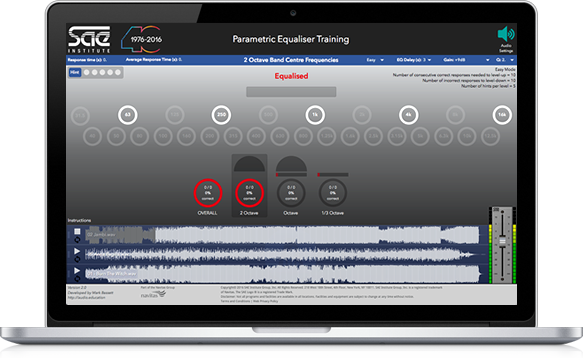